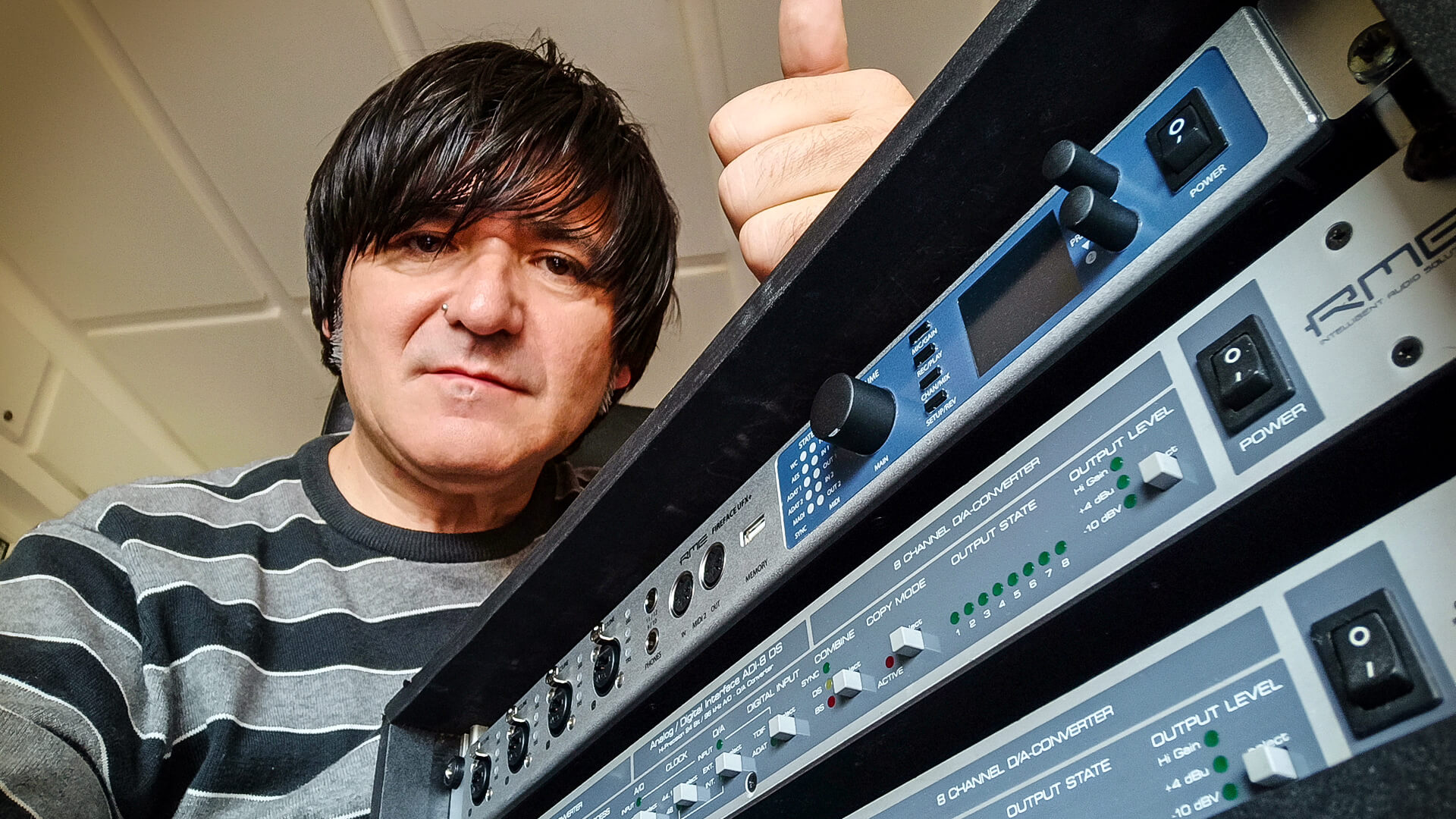 Rodrigo González has been working professionally as a multi-instrumentalist, composer, arranger and producer in Germany since 1986. In Germany best known as Bass player of the band "Die Ärzte" since 1993. He is also a producer and plays guitar for "Abwärts". Due to his musical versatility, he has acquired many production methods in various musical styles over the years. In addition to rock and pop productions, his repertoire also includes commissioned work for film, TV and multimedia. In addition to his know-how, he has accumulated an impressive collection of tools (including a guitar collection) for professional production over the years.

The Camp Crystal Lake Studio, which was newly built in 2008, is connected. High-quality components, good acoustics and both digital and analog compatibility characterize the in-house studio with special flexibility for production, overdubbing, mixing and mastering.

"Finally, with the Fireface UFX+ I have the best connection to old and new hardware, with the proven driver stability of RME. I should get along with this for the next decades!"