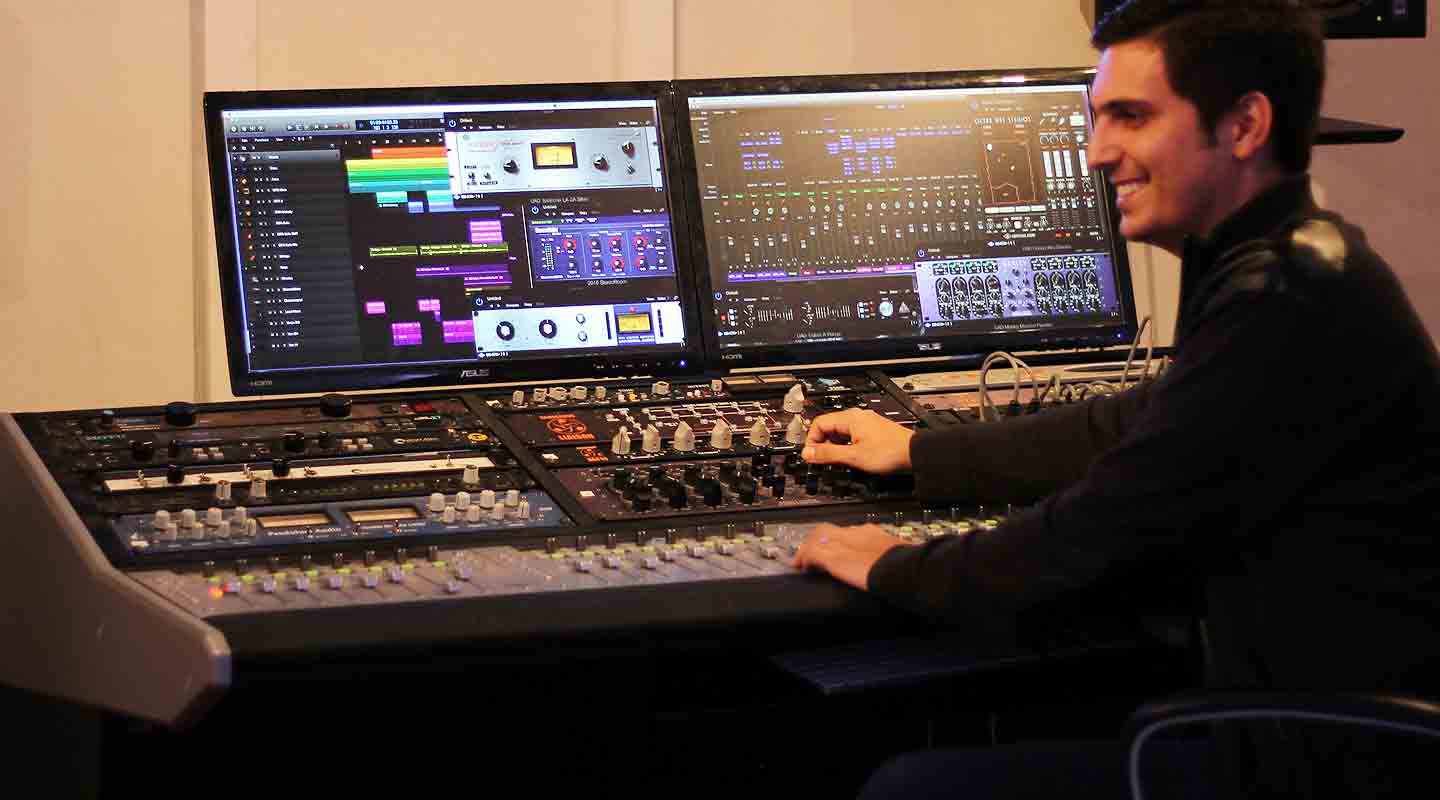 Since 2010, I have trusted RME interfaces at Arimaka Studios because of their impeccable digital solutions that are rock solid and great sounding. My main recording and mixing system uses an RME HDSPe MADI card, which offers great connectivity and monitoring. Arimaka is unique because it’s located in a 1920’s house in Los Angeles, so MADI was a perfect solution because we could use affordable COAX wire to connect the machine room to the house and also to the control room. It was important to have a separate machine room since precise condenser microphones will pickup the computer’s noise, doing this with something other than MADI would have been quite difficult or expensive. The result is a large control room that is quiet and versatile for creating music.

At Arimaka, I have a second computer that is used to record our final masters. This is common in mastering situations because the two systems need to be asynchronous as far as sampling rate. The RME AIO was the perfect choice because of it’s features and price point as it allows me to be mixing a session at 96K on one computer and capture that master at 44.1 on the other without any sample rate conversions. The fact that the AIO has every type of digital I/O and also a separate analog I/O makes it very versatile and convenient.

Manuel Jimenez was born in Atlanta, GA but grew up in San José, Costa Rica. He started Arimaka Studios in 2001, which has always been a boutique focused studio for mixing, mastering, and recording independent artists. His attention to detail lead him to work with PorPartes in the album “Solo Paz” which garnered a Latin Grammy nomination in 2007 for Best Pop Album. Once he relocated to Los Angeles, he spent a few years assisting engineer Pablo Munguia and achieved two Emmy Award Certificates in Creative Music Mixing in 2009 and 2010. Live concert recording also became part of his abilities, having tracked legends like Eric Burdon & The Animals, Ringo Starr with Ben Harper and Espinoza Paz. In 2013, Arimaka opened the doors to a state of the art mixing and mastering room in Los Feliz, a trendy upscale neighborhood in Los Angeles that’s just 1 mile from the heart of Hollywood.