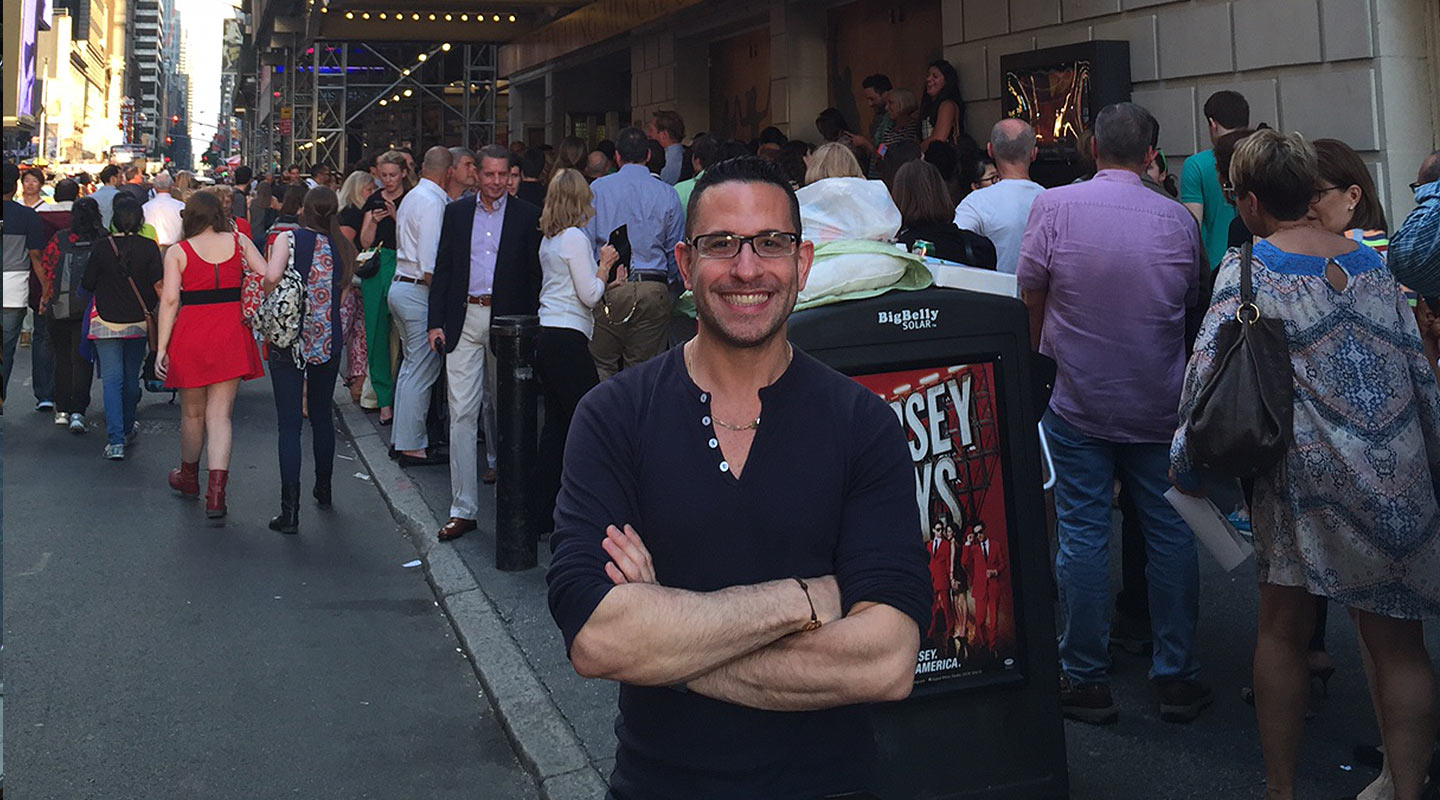 Grammy, Emmy, and Tony award-winning Andres Forero’s credits include drummer for Broadway hits (Hamilton; Book of Mormon), television (The Tonight Show With Jimmy Fallon), and performances with Dizzy Gillespie & Alicia Keys (among others). When asked about what the experience was like playing for a show like “Hamiliton”, Andres replies “I’m a little bit tired... It’s a long show,” he concedes.

“It’s three-hours long, and my body is starting to tell me that I need to slow down a little bit. I’ve been going for three years without any vacation.” Broadway’s “Hamilton” is a long show, and Andres is committed to doing eight of them a week, equating to a whopping 24 hours of vigorous drum time (or an entire day and night of drumming, So how on earth does he stick to his other commitments, like teaching and recording with the band Fish, with that kind of schedule? “Well, one of the great things about doing a Broadway show is that most of the shows are at night, so it leaves a lot of your day open.

Although some people think I’m just working three hours a night; but those three hours are so demanding, so physically brutal, that I would say they more equate to seven hours,” he says, with a smile. “So the next day, it is important to rest a little bit, but it also gives us an opportunity to teach and work on other projects. That is the gift of working in theatre.”

Among the things Forero feels tries to impress upon younger players is to monetarily value their work and use available resources:

“A lot of what they teach young folks in college is just how to be a legit player, or how to be a great player, which is wonderful,” he says. “But it’s important to know as a musician you can buy a home, have a family, not just get by on 50 dollar gigs here and there. I think it’s important for folks to know there is another platform out there. Locate your musician union. Get a hold of them, and sign up for all of the opportunities that are out there. Be a part of that, rather than being a starving musician.”

When it comes to the technology side of matters, Forero is not after a shallow relationship with the companies who supply his equipment; and in audio engineers, RME, he has formed a bond that is anything but.

“One day, my close friend Karl said to me, ‘there’s this company called RME, you’ve gotta meet the people’”, Forero recalls. “He didn’t say anything about the product! [laughs] Karl and I had both been with the same drum company for 16 years, so for us, what’s important isn’t just the product, it’s the people that you interact with. I believe that if the people are good, and they treat you like family, the product will stand behind the person.

“Richard DeClemente (of RME) is one of the finest human beings I’ve ever met. His approach – how he dealt with me, how he treated me; I was sold before I heard anything about the gear. Then I started researching the equipment,” Forero says. “I have the RME Fireface UFX, and I also have the Babyface Pro for when I travel. I do a lot of traveling and remote drum clinics, so I need the Babyface’s portable capabilities quite often. The Fireface UFX stays in my studio at home; and on Hamilton, we have two Fireface units at front of the house, and then in the pit we have four separate RME interfaces.”

“If you’re someone like me who doesn’t live in audio geek land, it’s so great to have these products which you just plug in and they work. The RME gear is very accessible, and the lack of latency is a huge deal for people like me!”