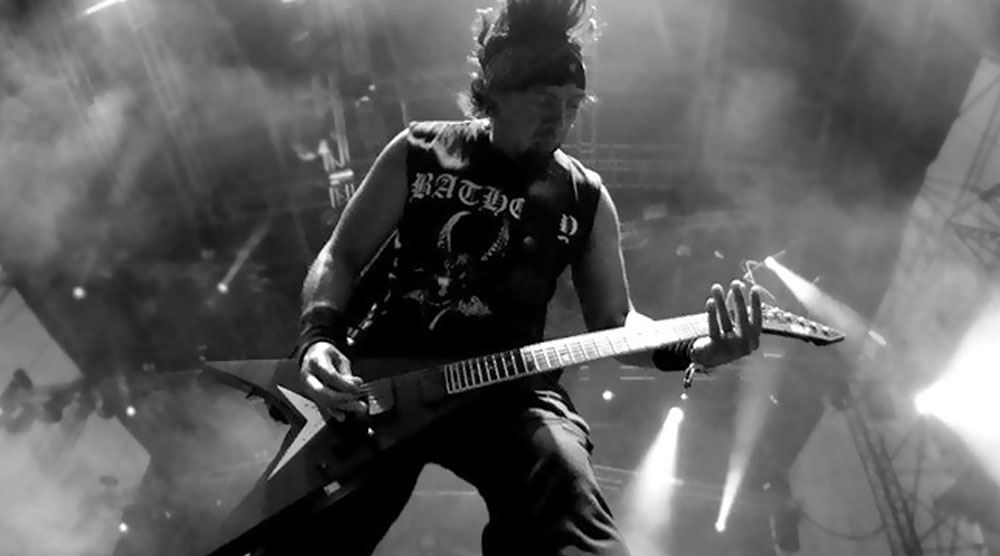 Ahrue Luster has been touring and making records for over 15 years as the lead guitarist for Ill Niño and before that, as the lead guitarist for Machine Head. Ahrue has been a major contributor on 8 full length studio albums that combine for a total of  nearly two million units sold worldwide.  When he’s not touring, he spends most of his time producing up-and-coming young bands at his own studio under the name Illustrious Productions.

Since the beginning of Illustrious Productions, Ahrue has decided to make RME the heart of his recording studio. First with the Fireface 800, then with a RayDat/ADI-8 DS combo, and now with the UFX.

He says:
“RME’s sound quality is crystal clear, and very transparent, and RME’s drivers are the absolute best in the industry, with no one even coming in as a close second. Having that kind of reliability is crucial in the creative process, because you’re not wasting time worrying about your equipment, you’re just making great music”

Ill Niño have just finished the 2014 Rockstar Energy Drink Mayhem festival in the United States, and are getting ready to continue the world tour in support of their new album, “Till Death, La Famillia,” which was released in July of 2014 on Victory Records. Ill Niño’s sound engineer uses RME converters in his live rig, and Ahrue also brings his RME Babyface on tour for remote producing sessions, and for working on new Ill Niño ideas. Be sure to check out Ill Niño when they come to your town!