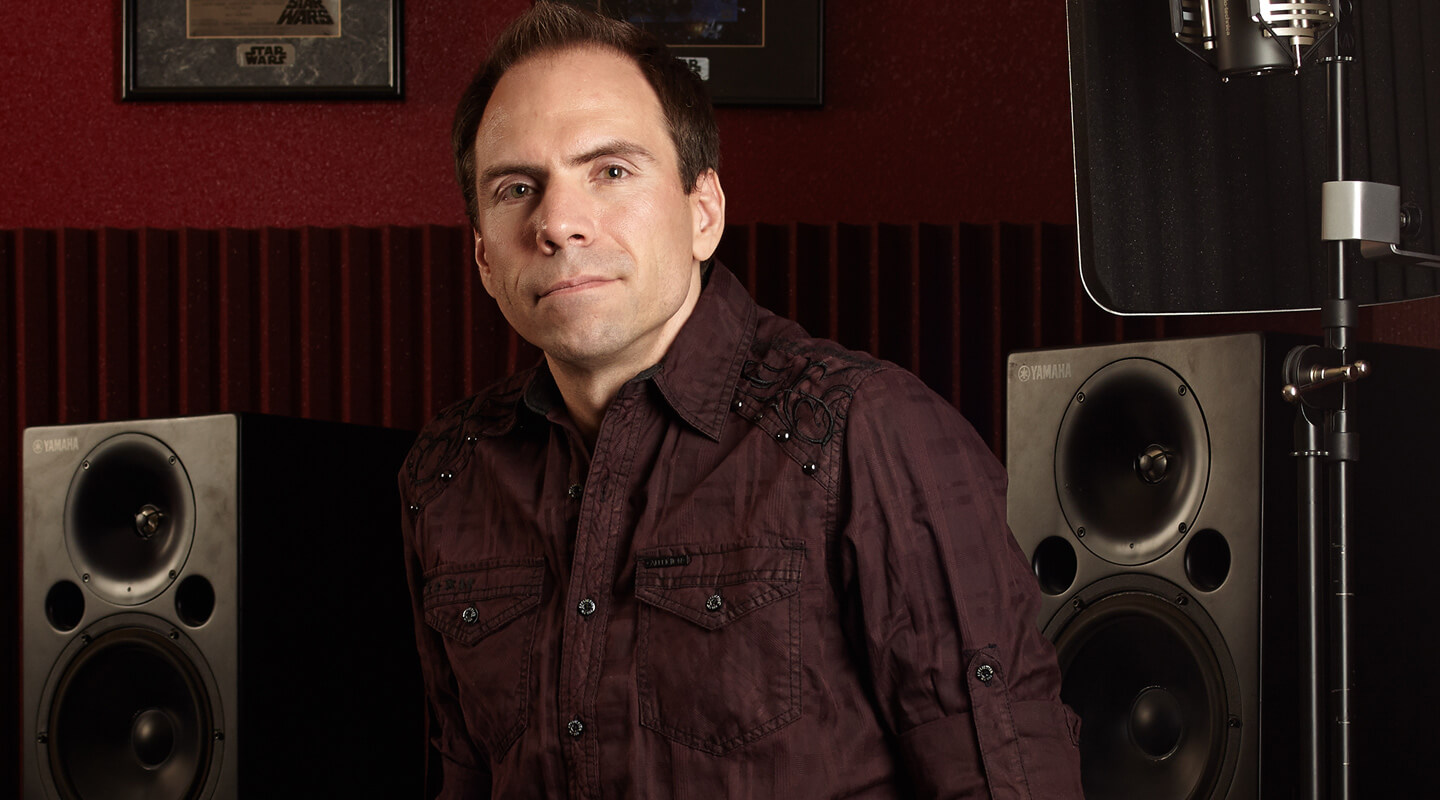 Frank Klepacki is an esteemed composer, producer, and sound designer whose career has spanned over 25 years and has worked on video game titles for top developers and publishers including WESTWOOD STUDIOS, LUCASARTS, ELECTRONIC ARTS, SEGA, UBI SOFT, DISNEY, and more. He is most known for scoring the seminal “COMMAND & CONQUER” franchise by Westwood Studios.

Already a professional drummer since age 11, Klepacki expanded his musical abilities to compose his own music during high school. He combined this musical drive with his early knowledge of computers and video games, which led him to his first composing job for the game developer Westwood Studios straight out of high school. By 1992, Klepacki composed the music for the first Real-Time Strategy game in history, “DUNE II”. In 1995, he pushed the limits of music in the game industry in what would become one of the biggest game franchises, “COMMAND & CONQUER” (aka C&C). The original score for C&C transcended norms of video game music. The music style of the C&C score had strong cross-over commercial appeal, resulting in the score meriting its own stand-alone soundtrack.

During the year 2000, Klepacki expanded into the television and film industries. He began licensing music for various TV networks after releasing several of his independent albums via his website and digital distribution. Since 2003 to present, his music has been regularly featured on the “ULTIMATE FIGHTING CHAMPIONSHIP” programs on Pay-Per-View, Spike TV, and FOX Sports. In 2004, after the consolidation of Westwood Studios, Klepacki became promoted as the Audio Director for the game developer “PETROGLYPH” to provide original scores and audio direction for “STAR WARS: EMPIRE AT WAR”, which to date is the best-selling Star Wars video game in history.

In addition to his career in video games, film, and television, Klepacki has been an active live performer, touring, and performed on drums with such established acts as: The Family Stone (feat. Rock & Roll hall-of-fame inductee Jerry Martini, and others. Klepacki also guest performs as a guitarist/composer with symphonies around the world for the shows Video Games Live and Games in Concert.

Frank uses the RME Fireface UFX+ and 12MIC in his video game audio production workflow. Integrating this gear into his workflow has allowed him to eliminate an entire rack of gear and streamline his process using RME’s TotalMix FX.