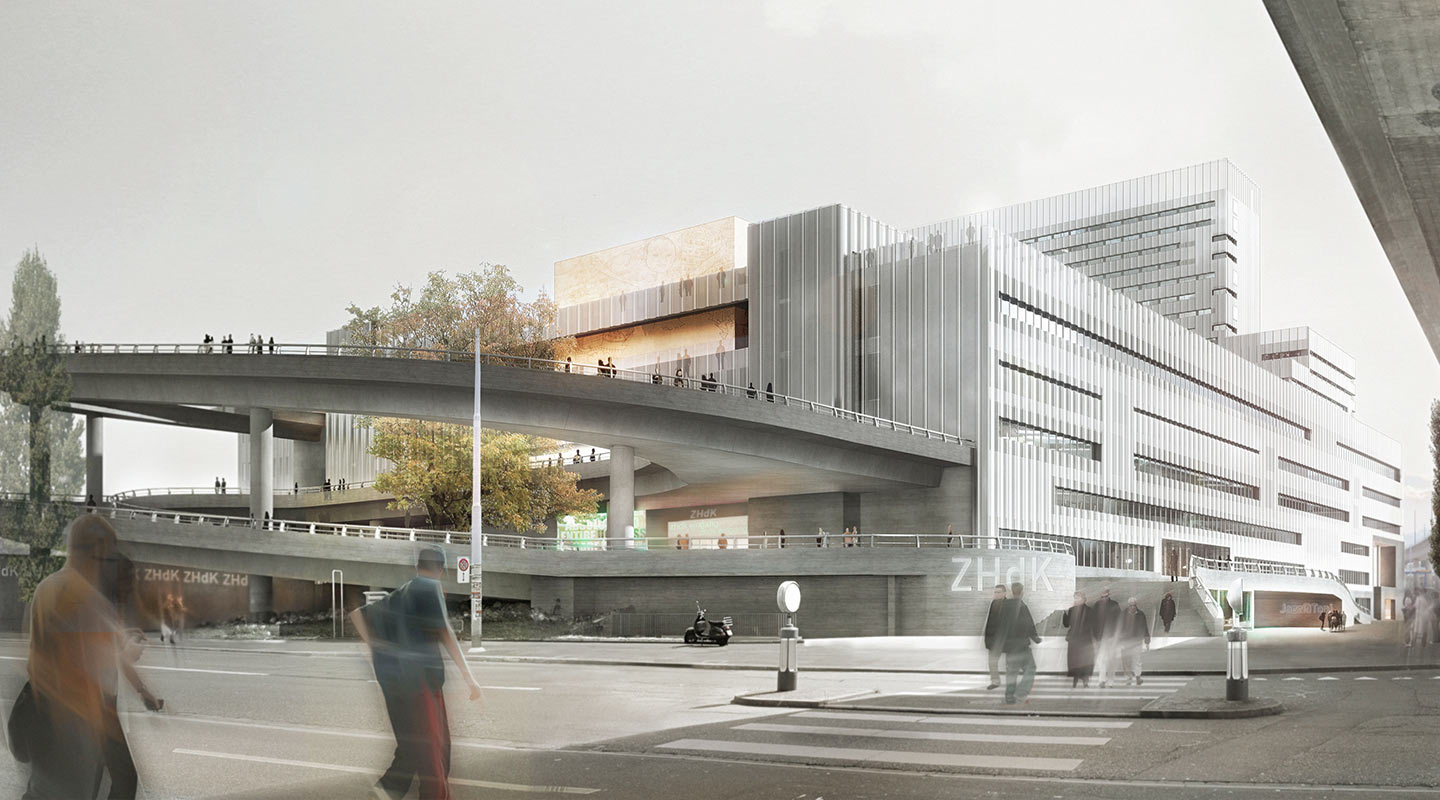 In summer 2014 the Zurich University of Arts (ZHdK) has moved from 35 different locations to the Toni-Areal. The idea of an art school was realized by moving to the new campus and combining all art and design disciplines in one place. The ZHdK will decisively enrich Zurich’s cultural offer, e.g. with concerts, exhibitions, with the ‘Mehrspur‘ music club, a cinema, a library and the Museum of Design.

Following the expansion of the campus, also the digital microphone technology and a maximum of flexibility was taken into account, so students and technique are well prepared for the future. All digital microphones should be available and remote controllable by various consoles from any of the multiple production rooms.

The RME DMC-842 are individually installed in mobile racks and are used to serve as 10 mobile stage boxes. They need to operate individually or combined in each of the various production rooms and are controlled by the S6 and System 5 mixing consoles from AVID. The whole connectivity of the RME DMC-842 to the production rooms works across multiple LAWO Nova 73 matrices and MIDI interfaces.

To achieve this interoperability target SLG Broadcast developed ‘SysToolBox‘, a Windows® process (working in background on a separate PC), which translates AVID‘s MIDI preamp control data to RMNOPL (LAWO micpres) on the one hand and RME‘s DMC-842 MIDI signals on the other hand. The signals are routed via LAWO matrices to the appropriate channels. As a result the DMCs are seamlessly integrated and remote controllable directly from the mixing console from every control or production room in the building.

The RME DMC-842 is both: a 8-channel AES42 to MADI converter and a controller for digital microphones. The unique device allows connection and control of up to 8 digital microphones and converting their signals to ADAT, AES/EBU, analog and MADI (optional). Eight individually switchable hi-end sample rate converters (SRC) offer a flexible clocking and further usage options, especially as the inputs are fully AES/EBU (AES3) compatible as well.